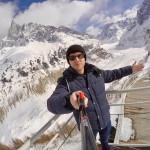 If you love Jazz & the history surrounding the musical talent, slavery & French/West-African influences within this city, then this really is a must visit.

“Everyone who comes to New Orleans, leaves with a story.”

That was according to the book in my hotel room, and I honestly thought, that’s impossible, because I’m only here for one day… I was wrong!

As I touched down on the runway at the Louis Armstrong airport in New Orleans, I suddenly realised that I had no idea what I was going to do in the short 24 hours I had there.

I knew it was world-famous for Jazz, the French quarter, and was the start of the Mississippi River, but I had done zero research, and had limited knowledge about NOLA.

So I quickly turned to Instagram to ask for tips, and was flooded with amazing advice. I even began talking to a local at the baggage claim to get a different perspective – after travelling for this long, talking to strangers is second nature.

She spoke mainly about the food (which was like jazz-music to my ears!) and told me about the popular local food & dishes to try.

(Copy & paste those into your notes, you can never have enough food recommendations!)

After settling into the hotel, I set off to explore the famous Bourbon Street (cool name right?!) which is full of open fronted bars playing music, restaurants, street performances of people playing drumming on cans of paint, and… strip clubs, yup!

Being a single guy & a solo traveller, I walked past a bar, to which the guy on the door quickly said: “You like tiddies?” in his Deep South American accent. A simple sales pitch to try to get me inside the club, which failed.

Bourbon Street is not the cleanest street in the world to be honest, there’s lots of homeless people around which isn’t nice to see, and you get approached ALOT by people who ultimately want you to give them money. Am I selling this well? haha

Let me tell you a story…

My tip was “you really shouldn’t have done that, wipe it off now” – he wiped it off quicker than he squirted it on, and I quickly headed for some comfort food to cool off… Jambalaya!

My first impressions of New Orleans weren’t that great, but the food was delicious, and after the constant positive messages on Instagram, and tips of what to see and do, I knew I was missing something.

I was recommended to visit the French Market, try a Ghost Tour, a Swamp tour or a Plantation tour. All highly recommended tours when you visit NOLA.

After a great nights sleep, I packed my suitcase, showered, then headed down to the front desk to check-out and store my suitcase in the luggage room.

The morning before my flight, I decided to give The French Quarter another shot, this time avoiding Bourbon Street. I ended up on Royal Street, which was, as the name suggests, much more classy! The architecture on Royal Street is a huge contrast to what you’ll find on Bourbon Street, and the road & pavements are much cleaner. Royal Street is lined with art galleries, jewellery stores, and quaint cafes.

I was drawn into an unusual art gallery that had paintings of goblins, ghosts & mythological creatures – inside I met a couple from Yorkshire in England, small world!

As we were talking. the heavens opened, it began to rain so hard, we could barely hear ourselves speak. The gallery owner, told us that these flash storms occur frequently in New Orleans in the Summer, and usually pass within 10 to 15 minutes. We were there for almost 3 hours due to the storm!

The gallery owner was an incredibly talented artist & sculptor – he created these amazing masks and costumes for the popular Mardi Gras festival which is huge in New Orleans.

So we were well occupied during our time there, and time passed surprisingly fast – trying on costumes, taking photos, and sharing stories about our travels, business & life. I bought some of his art too, because his style is right up my street.

After almost THREE HOURS, we finally braved our escape.

Still raining heavily, we used trash-bags as umbrellas (lemon scented!) and made a run for it – I made it as far as the canopy outside, and the rain was really coming down.

I wanted to explore further, but it was impossible, the streets were becoming flooded, so I decided to call an Uber back to the hotel.

It was like driving through a river for the Uber Driver, and my brand new sneakers took their 2nd hit in two days, this time they were saturated as I stepped ankle deep in the flood waters.

Back at the hotel, just a couple of hours before my transatlantic flight to Frankfurt in Germany, I dried my shoes with a hairdryer – changed my clothes and wrote this blog post to remember that…

“Everyone who comes to New Orleans, leaves with a story.”

The Frustrating Parts?
– Being constantly approached for money on Bourbon Street.
– The summer storms which prevented me exploring.
– The obvious poverty within certain areas, common in many big US cities.

The Awesome Bits?
– The food, delicious!
– The obvious musical talent & history that floods the area.
– The unique & unusual art galleries.
– The contrasting classiness of Royal Street.

Overall Recommendation?
24 hours is not enough in this city. It’s unique and has a lot to offer, so make sure you plan a 3 to 4 day visit! If you love Jazz & the history surrounding the musical talent, slavery & French/West-African influences within this city, then this really is a must visit.

Do you have a particular question about this post? If so let me know in the comments below and I’ll be happy to answer.

The Chill Resort & Spa
7 months ago